As a Youth NGO focused on International Mobility through the Erasmus+ and ESC programmes, and as an official Eurodesk Multiplayer, in Smokinya Foundation we are delighted to take part in today’s Europe Day celebrations. But… Do you really know why we celebrate it?

As every year during these days, the whole continent commemorates the anniversary of the Schuman Declaration, a document of crucial relevance for the future of Europe that was officially signed on this day 72 years ago, in 1950. In this declaration Robert Schuman, the French foreign minister considered to be one of the fathers of the European Union, proposed the creation of the European Coal and Steel Community.

The idea was to create a strong economic and political relationship between European countries which, in addition to the obvious benefits in terms of development, would generate such an unbreakable interdependence that these countries would never make war on each other, as had been tragically common during the previous decades until the end of the Second World War, in particular between France and Germany. 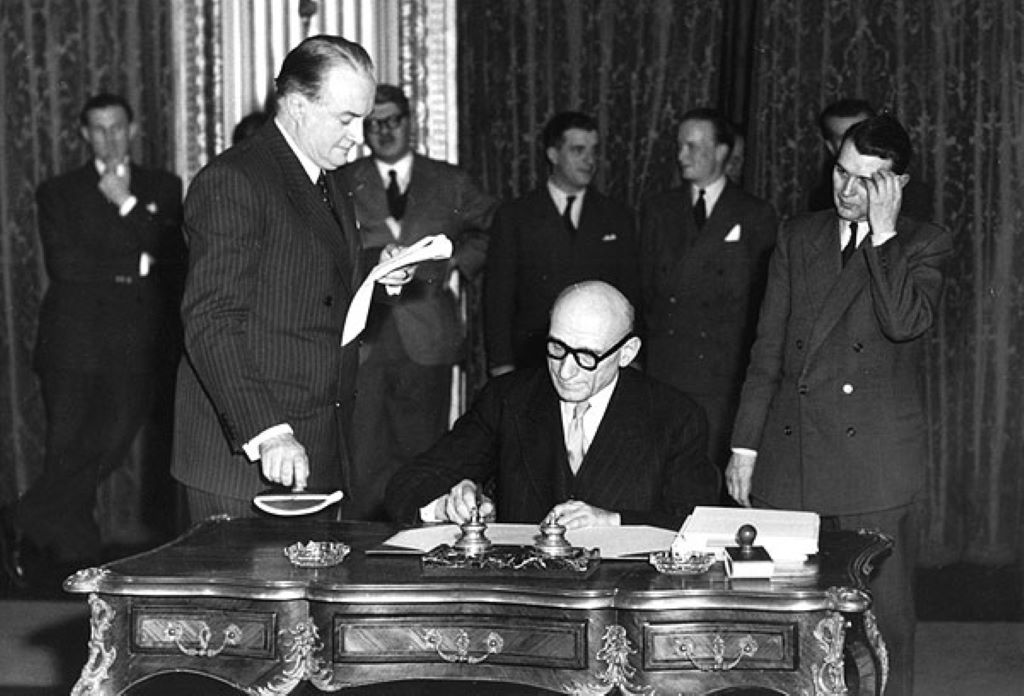 For these reasons, every May 9th we celebrate in the European Union this first step in the process of building a free, united, strong, diverse, developed and democratic Europe; a place open to all religions and ideologies thanks to the cooperation of 27 countries working for a bright and prosperous future for all. An effort which aims to lead a change for the better around the world, from the fight against climate change to the defence of countries’ sovereignty and the inviolability of the Welfare State and Human Rights.

So now that you know what we are all commemorating together, join us on this day of joy and help create a stronger and greater Europe, where we can live together in peace “united in diversity“. As Robert Schuman said, “World peace cannot be safeguarded without the making of creative efforts proportionate to the dangers which threaten it… Europe will not be made all at once, or according to a single plan. It will be built through concrete achievements which first create a de facto solidarity“.

So what could be better than celebrating the Day of Europe? Easy, celebrate it twice. On the one hand, by coming to our Smokinya Club event at 18:00, where during this week we will organise a special activity focused on recreating and simulating the decision-making process in the European Parliament, and you will be the protagonist!

On the other hand, participating in the unique experience of working in the European Parliament for 6 months thanks to their paid traineeships called “Schuman Traineeships” in honour of Robert Schuman and his unforgettable contribution to the European project. Sounds great, doesn’t it? We know, so do not miss the opportunity and apply now! 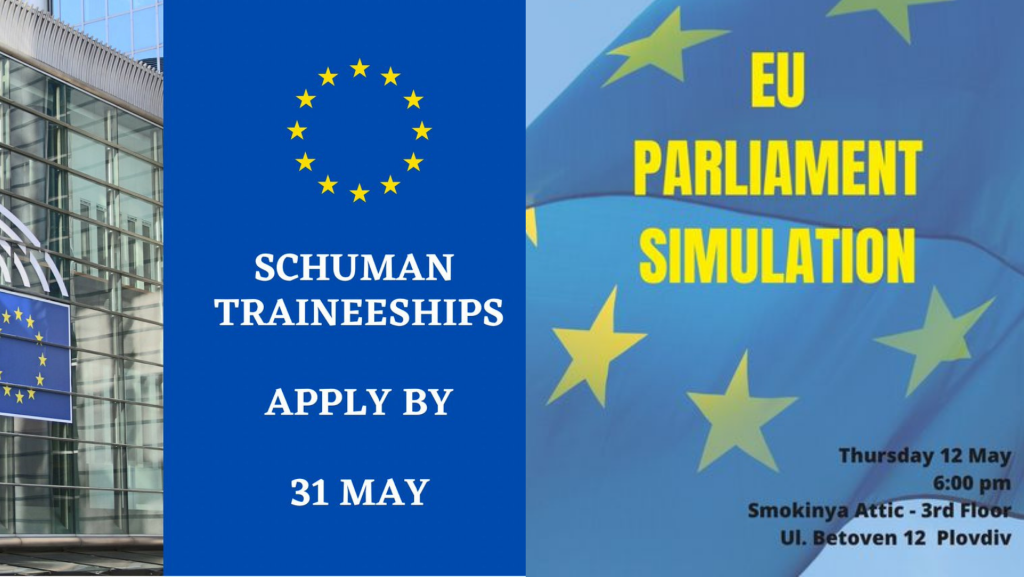 As you alredy know, in Smokinya Foundation we are determined to show you all the opportunities that are available for your personal and professional development out there, so if you are interested in these topics but you have doubts, do not hesitate to write us at info@smokinya.com, we will be more than glad to support you. By the way, do not forget to keep an eye on our social media and sign up for our newsletter; Summer is almost here and it comes full of flowers and more opportunities!