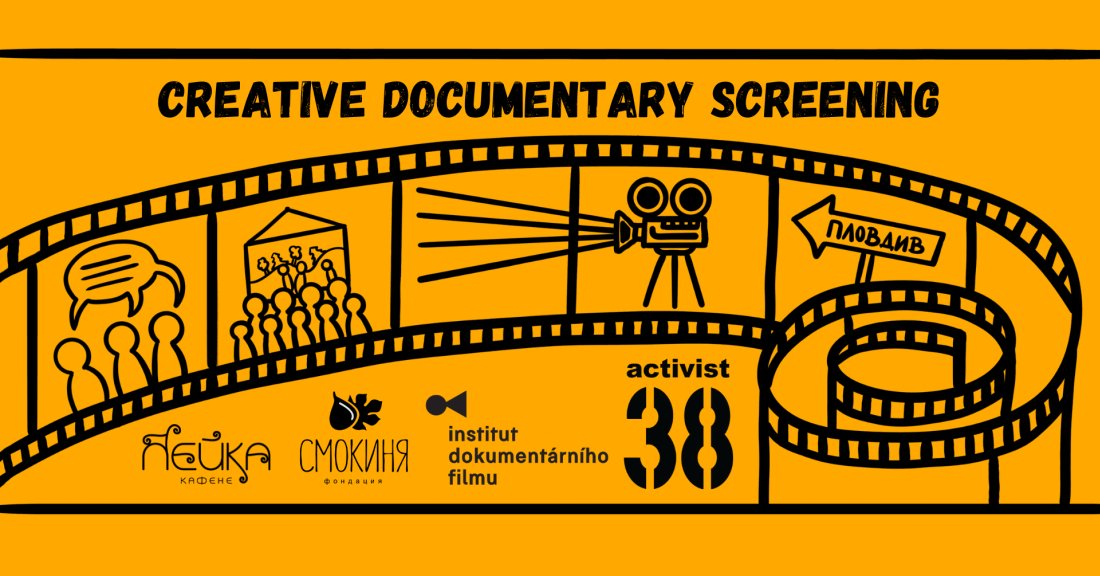 The event is for free.
Come 15 minutes before to grab a drink from the bar and to take your spot.
We continue to screen KineDok documentaries and invite you to the following screening at “Cafe Peyka” on June 3 at 6:00 p.m.

We have already had three documentaries screened, which have been very popular and interesting, so we want to continue these events. After the movie we will have the opportunity to reflect together on what we have seen.

KineDok is a new kind of international community, a unique film club and an alternative distribution platform, connecting both the fans and makers of creative documentaries. In its pilot edition, 12 thought-provoking East and Central European documentaries were screened at more than 20 non-traditional venues in each of the participating countries: Czech Republic, Bulgaria, Slovakia, Hungary, Romania, Poland and Croatia.

KineDok is an alternative distribution network for European creative documentaries. Screenings at more than 200 untraditional venues in seven European countries.

Our next movie is “Ghetto Balboa”, Direction: Arpad Bogdan.
Watch the trailer HERE

The documentary follows a boxing coach and his trainee from the very beginning to the first successes. Both characters are of Roma origins from the infamous Ghetto in the middle of Budapest. Misi Sipos (60), an ex member of the 8th district mafia, while recovering in a prison hospital after a shootout with a rival gang, turned to God and left behind his criminal past. As his personal “mission” he started a local community boxing club aimed at young children from troubled families, to keep them away from crime and show them an alternative for their future.

If you have the time, love documentaries, watching movies and discussing with other people, then this is your chance to spend an extraordinary evening at “Cafe Peyka” with other people with similar interests.

The original language of the movie is Hungarian, we have English and Bulgarian subtitles.
Check Facebook event HERE.