The Origin of the Species – Interview with the director Alberto Redighieri 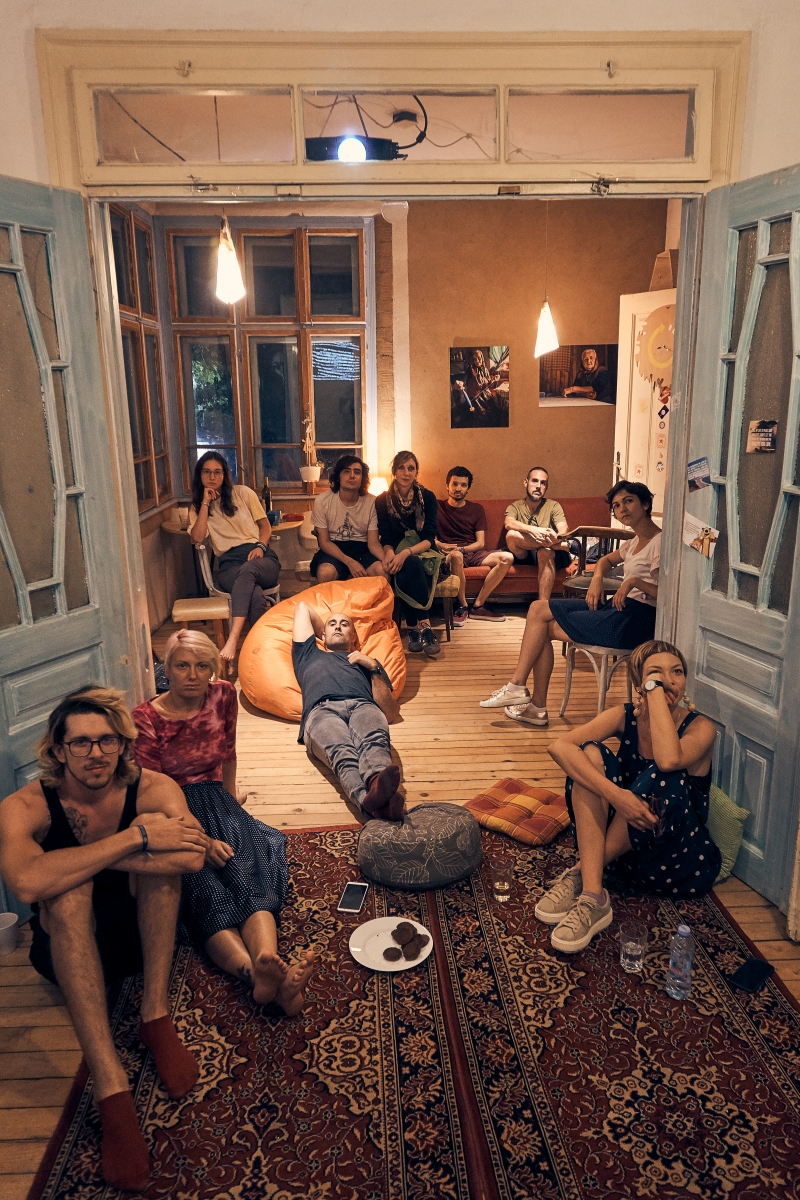 The first documentary screening in Smokinya Foundation happened on 13th of June, 2019 as a part of Ilze’s personal project. Since that time a lot of things changed, but the idea of watching short documentary movies in cosy and welcoming Smokinya office keeps living in a beautiful tradition – Documentary Screenings with Smokinya.

Thursday, 26th of September, was special. That was the first time when director of the movie was present during the screening and attended a discussion afterwards.

Film: The Origin of the Species

How did your cinematographic journey begin?

I still consider myself at the beginning even though some years have passed since this “illumination”.
I was studying in Rome at the university, and I was attending a seminar on image aesthetics in relation to the concept of “historical testimony”.
We were watching the final scene of “Echoes from a Sombre Empire”, a documentary by Werner Herzog, and the final scene showed a caged chimpanzee with a smoking habit stretching out his arm between the bars to ask the ranger for a cigarette. I think it was that scene that made me interested in cinema differently than before, not just as a spectator. I wanted to study the processes, create, understand the shifting of images. Then I moved to Milan and in the evening, after university, for two years I studied documentary cinema in civic schools. I was lucky because I’ve always done what I wanted, even doing it wrong because with the cinema I have a relationship of love and hate, therefore visceral, instinctive, violent, bulimic that unfortunately I tend to keep inside me. This is why almost nobody knows that when I will grow up, I would like to make films.

How did you end up in Bulgaria?

I came to Bulgaria by chance. After a year spent sending CVs in Italy, promoting the film and looking for sponsors for an idea that has never came out, I ended up working as a waiter in my hometown, then the video operator for corporate events and finally, absolutely fed up with everything, I tried to switch off and go on a volunteer adventure. I never expected to stay here longer than that obviously, but you know, life is fluid.

How did you end up screening your movie in Smokinya Foundation?

I already knew Kristina and Agita. They invited me after a discussion I was present after the first movie they showed in their foundation. It was the first public screening of my film and I thank them very much.

Tell us the story how you found out about Mario Rossi.

It was all very strange because it happened a lot by chance and without my precise interest for that period. I have read an article about him in a local newspaper in Genoa and fell in love with the person. I was struck by the fact that the journalist (who later was the screenwriter of the film) told of this terrorist as if she were a distant cousin. I discovered that the same journalist years before wrote the first book in Italy dedicated to the history of red terrorism in Genoa, in which Mario was one of the major leaders. I obviously wanted to go deeper. I contacted Mario a few weeks later, discovering that in Italy there is a Wikipedia page dedicated to him and to the history of the XXII October army-band. I was curious that no one ever wanted to deepen his figure in a homogeneous way without speculating on it. So I contacted him by email and it took little to convince him to make a film about his present days and his taxidermist activity trying to keep his past on the fringes of history.

What was your first impression of him? Have it changed?

The first impression I had of him was of an old communist who never aged and with a lot of energy. This was enough for me not to change my opinion about him.

What is the most exciting about the filming process?

Having dealt with a subject that was not at all difficult to film and very pleasant to listen to, the whole process of the film was exciting. Given also the inexperience of the case, with equipment reduced to the bone, many times on my own to manage everything, from rec to microphones etc., it was therefore on one hand a training process and on the other hand a process of technical assimilation. Even do it wrong. But probably one of the scenes that impressed me mostly was to suddenly catch the arrival of the furrier when we were in Genoa with Mario shooting some scenes. We were going to turn off the cameras and the microphones and in fact the scene, which I then included in the film, is very fuzzy, dirty, but I like it as it is.

If there was one thing you would like people to learn about Italy from your movie or in general, what would it be?

No. I would say no, also because it is an intimate film that deals with the concepts of history that are very circumscribed over time, even if, like all events of a certain scope, they led to a radical change in Italian politics in the 70s and 80s , with the attempted approach of center force with the center-left forces.
What transpires, and it is still evident at school today, is that the period in which Mario lived those years are still studied in a little depth and this obviously creates a very partial understanding of these events. There is no moralistic or pedagogical intent on my part, if anything I mean more intimate and poetic, tied to the life of this person.

What are your future filmmaking plans?

Many, as always and like all those who want to do this job.
I am writing a script for a feature film that will be my first and I hope to find a production.
It is also difficult for me to see myself in the near future, I am too pragmatic and the world of cinema and what goes around it is so varied and blurry that saying cinema means saying everything and nothing. I have a relationship of love and constant hatred with the word “cinema”, so I always come into conflict. 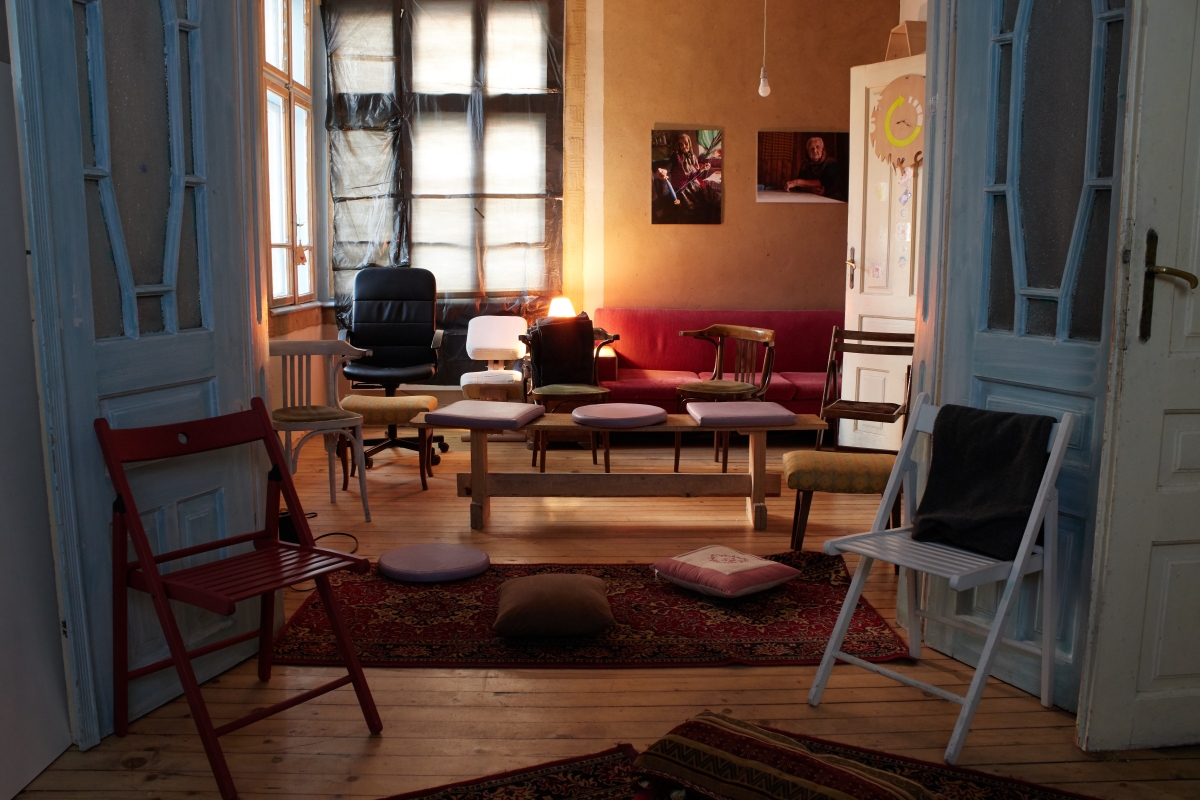 Thank you, Alberto, for giving us the opportunity us to screen your movie and for this interview. We are so happy to know you and to have you with us. Thank you for sharing with us a little bit of your perspective of the world.

We’re continuing series of the Documentary Screenings with Smokinya, the next screening is on 7th of November 2019.

Find us also at: